The one phrase that we all bookworms and authors will be familiar with is the evergreen ‘don’t judge a book by its cover’.

Really, if this is true then why spend dollars on getting a cover designed for your book. Additionally, why is ‘not spending’ enough on cover designs of a book, a mistake?

As with humans, appearance is an integral part of a person’s persona, but it does not define the whole personality in itself. The same is the case with books and their clever designs.

Although this is a known fact it is, however, a challenging task to resist the urge to judge.

We often yet find ourselves putting back a book because the cover is not appealing enough. In a world of books, it is considered near to a crime.

And we do not want to be a criminal, do we?

So to avoid judging and before diving into the reasons for not doing it, let first look at what book covers really are.

What Is There in a Book Cover?

The book cover and the factors it is supposed to incorporate are all pretty standard and simple. Mostly revolves around having a book title, the name of the author, a tagline, and design.

Others may comprise additional quotes or an award the book has earned.

Why Is Judging a Book by Its Cover a Bad Idea?

There are a few reasons why judging is bad news and will potentially make you miss out on some amazing reads.

It’s like not trying out pasta just because it’s not fancy enough or doesn’t fit in the usual standards of appearance. But who knows that pasta might be the best one you would have ever had?

Next thing you know you missed out on the town’s greatest pasta just because it looked different.

Books are exactly like that. You will never know how good or bad a book is unless you go through the summary at the back of the book or try to read it out.

Book covers are only supposed to give a shallow idea of what will be the book based on. It is definitely not for you to judge and then decide to either read it or not through the judgment.

Sometimes a book has the potential of bringing a massive change in society. And if the book is judged and passed on without reading by a humungous number of readers, society’s potential of having a change becomes nil.

If the 1960 tale of racial inequality addressed by Harper Lee in his novel ‘How to Kill A Mocking Bird’ would have been overlooked by people based on its cover, would there be this level of awareness over the subject of utter discrimination and racial inequality as we have now?

The book still resonates with its readers and is exceptionally written by the respective writer.

Overlooking books that are potentially capable of bringing a good change in society can keep the community of people from getting better and improving as humans.

Books are extremely important and play a major part in transforming a society into a better one let alone the positive impact they bring on an individual’s personality.

Let shave a look at the top five books that were published in the last ten years and went underappreciated by the readers.

A terrifying story from the collection of previous decades, it is narrated in electrifyingly, insightful prose. It is an exploration of the way we disclose the meaning in this cruel and complex world. The stories are unsettling and smart. The book will keep you on the edge throughout.

The author also has one more masterly written underrated book, A Questionable Shape.

It is an unfortunate question, but why did people not recognize the masterpiece delivered by D, Wystan Owen?

A debut of a great writer, it is indeed a wonder why more people didn’t recognize the extraordinary book?

A brilliant piece was excellently written with psychologically complex stories. The way he has delivered the tender stories, it feels like he speaks to us from the future and we will definitely require a decade or two to get to his level of understanding.

Well, underrated might seem like an exaggerated word for the situation because the book has gained a lot of fans but not enough!

A book that takes you on a hilarious and challengingly smart journey. Jade Sharma’s death took a serious toll on her fandom and was an unfortunate event as there will be no more books on the Problem anymore.

4. Jarvis Masters, That Bird Has My Wings: The Autobiography of an Innocent Man on Death Row

A heart-wrenching story of a black child full of happiness, hope, and love abused in juvenile prisons after being criminalized for escaping abuse was later set on the path to an adult prison. The book takes you through some real emotions by demonstrating the difficult life of a child born in racism and poverty and the further framing of being involved in a murder.

The story is the epitome of excellently developing the character by showing how these events make him compassionate, generous, and a highly creative individual along with developing to be one of the brilliant writers.

5. Melissa Rivero, The Affairs of the Falcóns

The writer’s stunning debut novel, the affairs of the falcons revolves around a young woman who fights to build a life for her family and herself in the busiest New York City.

The book opens a door for you to come and feel what the character felt, build a strong bond, and take you away from the real world in an instant.

It changes your perception of the world.

When you judge a book by its cover, what happens is that you leave out some of the amazing books that you could have absolutely enjoyed reading.

Moreover, with the changing world, more people find it easier to read eBooks. In order to avoid your book going underappreciated, write an eBook. If you find the task difficult there are tons of ebook writing services to help you out.

Be the first one to look at a book differently and give it a chance and enjoy a good read more often! 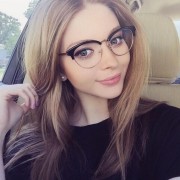 How To Connect USB Devices To The Fritzbox 7490 Gigabit Router?

How to Choose a University for Your Graduate Studies

What are the benefits of having a private English tutor online?

how to draw a cartoon fox step by step